A few more notes about the Geeksphone Peak that I received over the weekend. 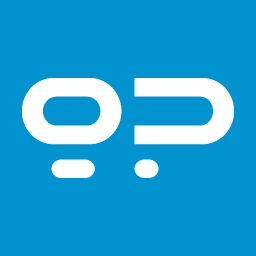 I love it even more! When I was developing on the ZTE Open, every single time I would push an app I wrote to the ZTE, I would have to reboot the phone. This may be a bug for Firefox OS v1.0, but for Geeksphone Peak, at v1.1, I don't need to reboot. When the app makes its leisurely way down the USB cable from my PC to my phone, the icon just ... appears. No reboot, no problem. How cool is that?

I did have one problem that I want to share with you because if you use one Firefox OS phone and then switch to another, the Windows PC doesn't recognize your new phone. This may be a Windows problem (ha ha) but the issue turns out to be that Windows thinks you are still using a ZTE Open (in my case) and doesn't recognize your new Geeksphone Peak.

The fix is simple (if you're used to battling Windows). I have Windows 7 and what I had to do was go to the Control Panel, visit the Device Manager, and find the ZTE Open driver. Then uninstall the ZTE driver, reboot your PC, and then install a new driver from Geeksphone.

If you're lucky, the driver will install itself magically and you won't have to do anything. If you're not so lucky, you may have to download the driver from Geeksphone. The driver is here: http://downloads.geeksphone.com/drivers/usb_driver.zip. Download it, unzip it, and then reboot. Windows will try to install a driver, will say (maybe) it can't find one, and then you can direct Windows to find it in the folder you unzipped the Geeksphone driver at.

Everything should work fine after that, and it does for me.

And actually super-fine, because I can now load lots of my own apps onto my new phone. I still need to use the Simulator, but it works fine for me. I'll be eager to use the App Manager to load and view apps when I can get the Geeksphone Peak to update to version 1.2, which may happen soon!

So, just for your amusement, here's where the Geeksphone Peak driver is now located in Device Manager. 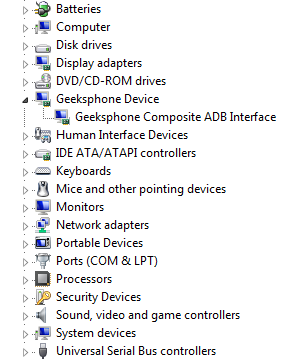 And, it now also gives me to USB drives to play with in File Manager:

Drive G: corresponds to the SD Card Storage section of the phone. This is where you can put your music and photos.

If you select SD Card as the default media location, your screen shots will go there. One of the other cool things about the Geeksphone Peak is that it has 1GB of storage built in. The ZTE Open has (without an SD card), a whopping 6.4MB Device Storage, and that doesn't seem to be accessible to the PC. (Well, a lot of phones require some kind of SD card, but it is cool to see that you can live without one on the Geeksphone Peak.)

Without any reservation, I recommend the Geeksphone Peak for its speed, memory, and upgraded OS version. Travel over to Madrid and grab one while they are still available. I tried to order mine three times before but they were always out of stock. (But the ZTE Open was a bargain that got me started, so I'll recommend that if you only have $79 and you are patient.)

So now I can get back to work writing about games and game programming, this time armed with my ultra-powerful Geeksphone Peak. Thanks, Geeks!