Color Balls is an easy-to-learn, difficult-to-master game that is peaceful and soothing. All you do is move colored balls around on the screen. The goal is to get five balls of the same color in a row. But that's not always easy, which makes this a good puzzle game. 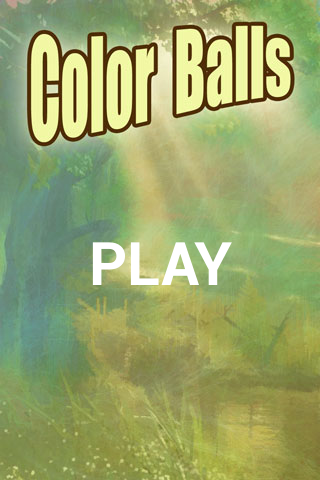 Tap Play and you'll get a different opening screen every time. Here is one: 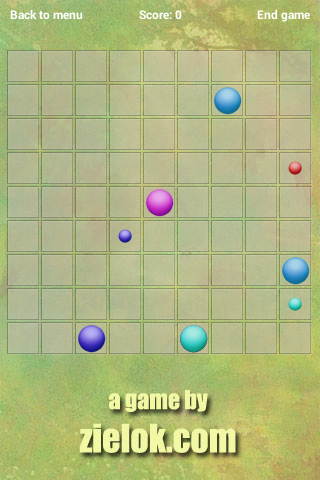 You'll notice that this game is made by Zielok.com. They make Android and HTML5 games and they are cool enough to share their source code at http://www.zielok.com/source/colorballs5source.zip. Also, not shown in the screen shot, is a little notice at the bottom of the screen that says "Made with Tulaloo Game Maker." I've never heard of them, but Tulaloo looks like an interesting HTML5 game engine and it works in Windows, Mac, and (yay!) Linux. Check them out at http://www.tululoo.com/. I'm getting interested in some of the more popular HTML5 game making applications, and hope to do some blog posts on Scirra Construct 2, Phaser, and Tululoo! I still like HTML5, JavaScript, CSS, and SVG as my weapons of choice, but I hearing good things about some of these engines.

So how does this game play? In the screen above, you have some random balls. You move by tapping on an existing ball and then tap where you want it to go. Here my second move: 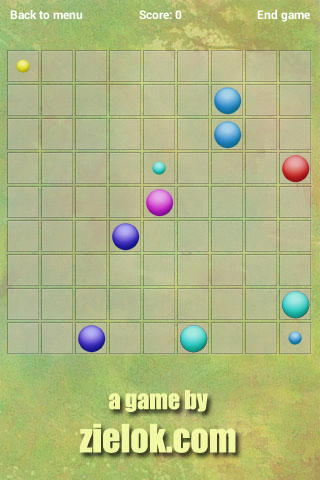 Two dark blue balls now next to each other. I'm going to attempt to build down. But ...

The game moves. And I'm blocked by a light green ball. 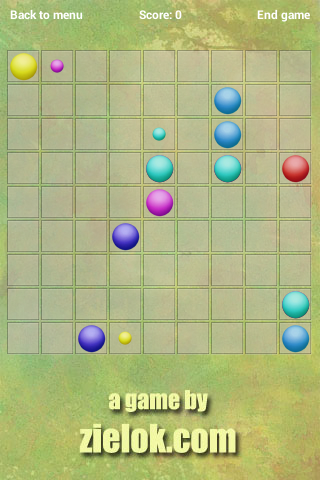 Well, maybe I can take advantage of that! I now will try to make a light green row horizontally. 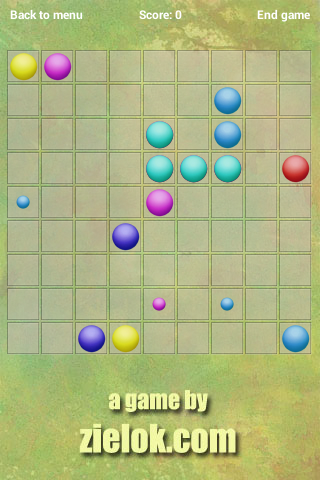 And the computer makes a move. But I keep going! 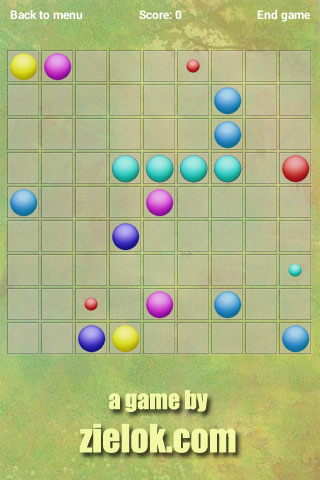 One more ball. The computer can't stop me. I place 5 in a row and they vanish and my score is now 31. And so it goes. 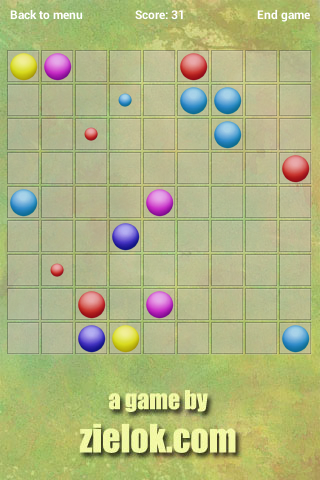 When you can't play any more, tap the "End Game" button at the top right and see your final score. Simple but cool.

I like simple puzzle games like this and I like even more when someone shares the source code and yet even more when they use a game engine and tell us about it! So this game gets the R5!

Cost: Free
Genre: Puzzle
Score: 5 (out of 5)
Tested on: Geeksphone Peak (Firefox OS)
Get it at: Firefox Marketplace